For this existing Edwardian building we designed a new facade, entrance lobby and ground floor accessible office with reception desk. The latter was made of textured steel, ash and York stone. The new facade was also constructed of York stone panels to match its surrounding stonework with partially sandblasted glazed panels. The spiral and fluted cast iron columns were original to the building and only revealed during the building works. It was decided to retain these and include them in the design by painting them to match the new window frames. 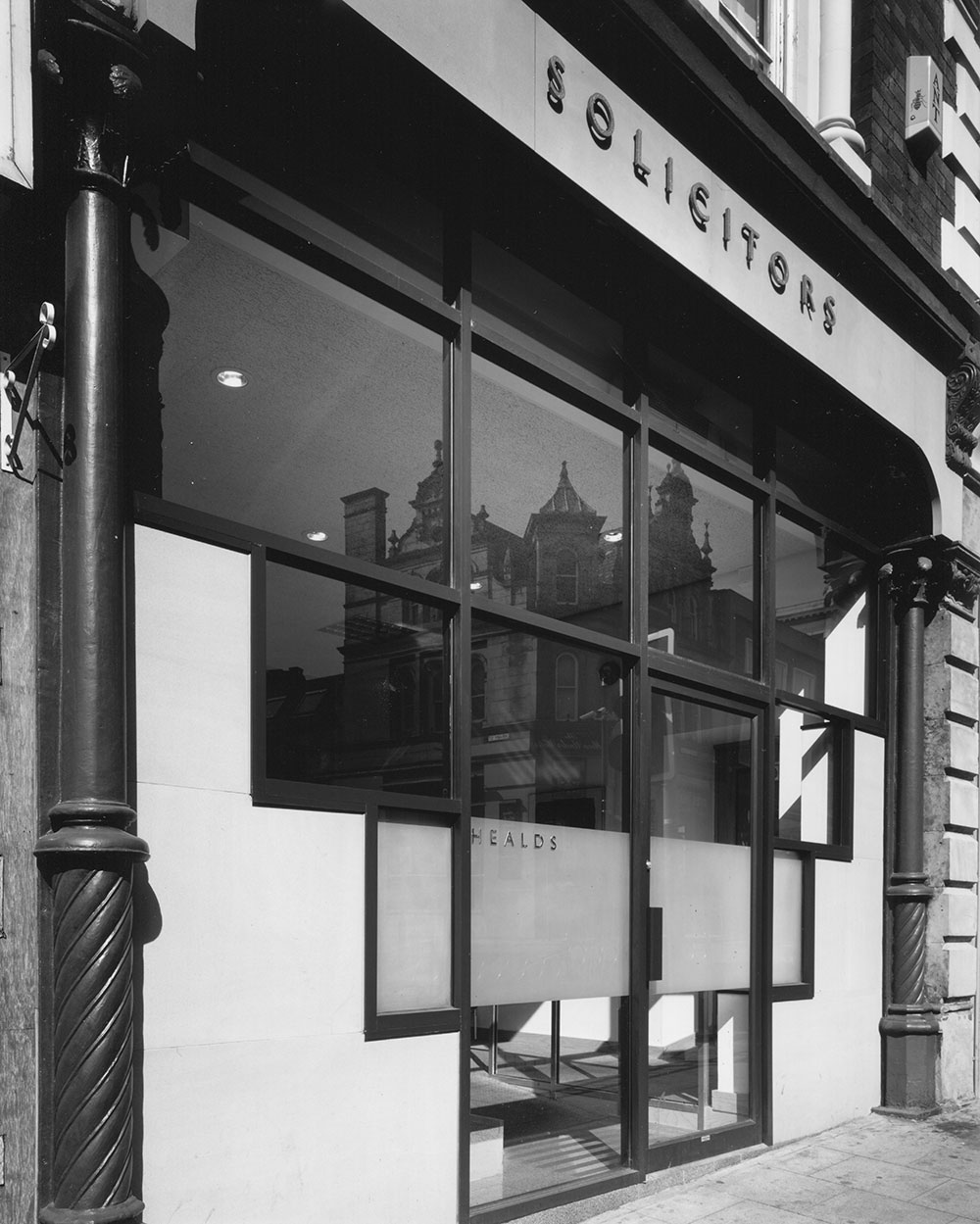