Built in 1971, 'Cerin Amroth' was the second house for clients Michael and Helen Grindrod QC, built on the slopes of Alderley Edge. Constructed of white Forticrete concrete blocks with black stained timber windows, aluminium openers and a Welsh slate roof, the plan was based on a square, entered diagonally with all the rooms interlocking squares. This diagonal emphasis stepped down the sloping site with a single storey "Conversation Pit" (an indication of its era) at the lowest point, rising to bedrooms over kitchen and study at the highest.

A later project on the same site was the adjacent Garden Gazebo; an aluminium parallelogram used as a study which won an RIBA award (see under New Builds). 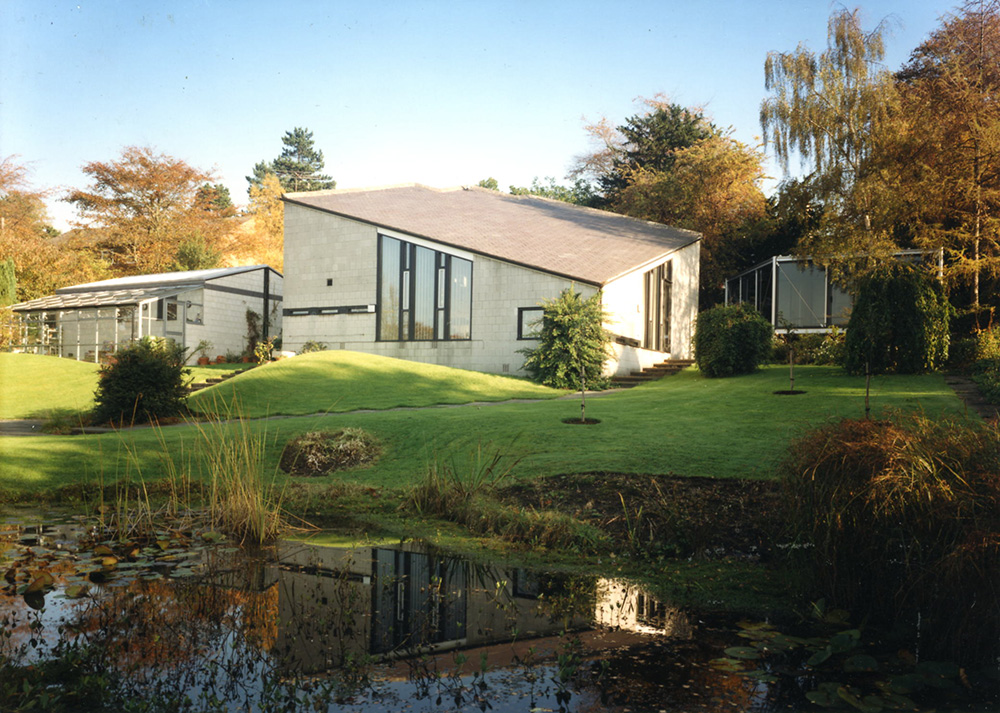